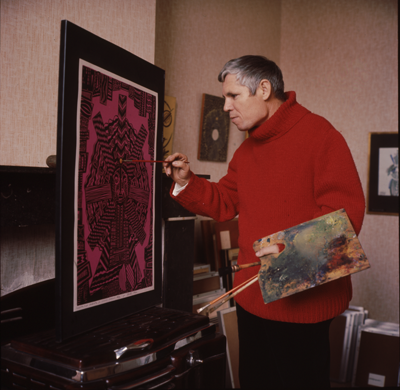 In 1965 Jóska moved to Brussels, where he started his own studio. The works created during his years in Brussels often show stylized figures, mostly drawn or painted in Chinese ink and gouache on cardboard or paper.

In the course of a severe personal and familial crisis, Joska started drumming in 1975-1976. He also created and painted his first shamanic drum. He gradually incorporated many ritual objects, originating from different cultural traditions, including Hungary, the Far East and Siberia.

From 1976 onwards, he started to lead shamanic séances for whoever asked him for help. Shortly after, he also started giving lectures and workshops in which he explained his personal worldview from a shamanic and artistic angle. He frequently recorded his séances on audio tapes, for personal use or for the participants. 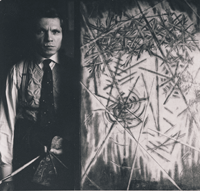 
All rights reserved. Neither text nor any graphical element of this site may be reproduced without consent of the authors.